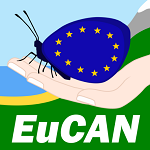 Living on the north east side of the village a quick walk into the countryside takes me past Wessex Water’s Milverton Water Recycling Centre (sewage treatment works). Well, it has a footpath along more than 50 per cent of its’ boundary. I’d never been inside the boundaries of the site, but then why would I ever need to; my house isn’t even connected to the mains drainage system, even though I can see the works from my bedroom window.

For the past five years I’ve managed a nest box survey for Wessex Water and the British Trust for Ornithology (BTO) at Clatworthy and it’s been very successful. Walking past the treatment works, especially on a sunny day, there is always a variety of feeding birds. I’d often muse that as a nest box project this would be an ideal site. It has food, and with nest boxes it would have nesting sites, but most of all it would have one of the things that nesting birds need most, lack of disturbance.

Of course, it was just a musing and I did nothing about it. That was until one evening in January BBC’s Winter Watch showed that waste treatment works were ideal sites to watch birds. This spurred me into action and I immediately emailed Tom the biodiversity officer for Wessex Water who I liaise with for the Clatworthy nest box survey and other Wessex Water conservation tasks. Wessex were already thinking about a similar type of project so I was really pushing against an open door.

Well, I have now been into the site for the first time ever and after sorting out health and safety requirements, the risk assessment and my ability to access the site, the project is now set to run. I’ve erected 22 nest boxes on behalf of Wessex Water and the EuCAN Milverton Conservation Group and will be checking them weekly when the birds start nesting.

I must say that I am very excited about what we might get in the boxes. The Clatworthy survey has 60 boxes mainly to encourage Pied Flycatchers, and has been very successful. However, there are enough boxes to go around and we get our fair share of Blue Tits and Great Tits, plus for the first time in 2020 we had Nuthatches in not one, not two but in three boxes, all with young that fledged. We have a variety of boxes; boxes with holes both 32mm and 28mm for smaller birds. Half fronted boxes and boxes with extended fronts. I’m hoping for at least 30 per cent occupancy and I suspect we’ll have the usual collection of tits, but it would be great to see a Wagtail or even a Pied Flycatcher, as I have seen one near the site about 10 years ago.

I’ll put a page on our EuCan website to keep you informed.