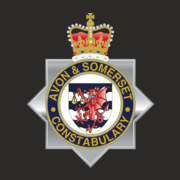 More than 1000 wearable tech wristbands have now been handed out as part of the Avon and Somerset Dementia Safeguarding Scheme, launched last year in collaboration with the Senior Citizen Liaison Team Charity.

Using Near Field Communication (NFC) technology, the wristband stores essential information about the wearer, including their name and details of next of kin. This information can be used by emergency services, health professionals or community members to get the wearer back to safety should they be found whilst lost or confused.

There are still plenty of wristbands available to the public and care homes, free of charge thanks to charitable funding.

Sgt Stuart King, who leads the initiative in addition to his role as a response officer said “I have been overwhelmed with the positive attention and wider support this scheme has received from the public. To hear the positive feedback and reassurance that the scheme brings to families and the people living with Dementia makes it all worthwhile.

To apply for a wristband, visit the Dementia Safeguarding Scheme (also known as the Herbert Protocol). Further support is available from the Avon and Somerset Dementia forum on Facebook.