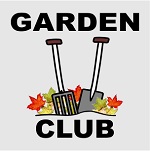 The December meeting was successfully held on the 8 December, with the serious bit, the AGM, followed by the joyous bit, the Christmas Party. Numbers were slightly down, due to illness and other events.

At the AGM, the Chairman, Peter Hutchinson stepped down after 16 years in post, as did the Treasurer, Dennis Pywell, after a much longer service. Several Committee members also stood down, Milns Priscott, Sylvia Hutchinson, Lorna Fortune and Mark Hummel. Ruth Beaumont was elected Chairperson, and David Hatfield as Treasurer. Several new committee members were also volunteered, Chris Bowman, Shirley Blagden and Janet Limberg. By acclamation, the outgoing Chairman was elected President of the Club, at which he was both surprised and honoured.

The party followed the usual pattern with an interval for food and the unique cider punch and (an innovation this year) wine. The unique quiz, where competitors could talk throughout, followed, with the winners receiving chocolate Santas and the evening ended with the raffle, at which (almost) everyone got a prize.

The next event is the talk on 15 February, when David Usher will talk on the Restoration of Hestercombe, and your Treasurer will be happy to take subscriptions for 2022 at £5 each.