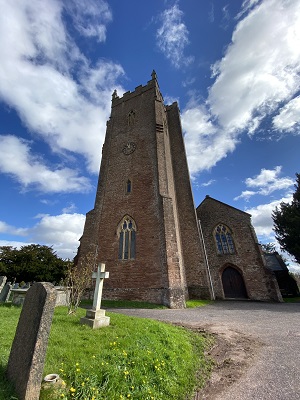 A little bit of history

A church has stood on this spot for 1000 years. Before its founding, a preaching cross served as the force for Milverton’s religious worship. The base of this ancient cross remains in the churchyard today.

St Michael’s first church building was composed of wood and thatch. In the 11th century, Queen Edith, wife of Edward the Confessor, provided at her own expense a more durable stone construction for the use of the people of Milverton.

Later, the Normans rebuilt the church, enlarging it and placing a tower on its west end. About 1350-60 St Michael’s was again rebuilt, this time in a plain Gothic style, much on the plan of the present church. More work was carried out in the 15th century and then again in 1845-50, a great renewal programme began. This unfortunately destroyed much of the earlier work although it did keep to the plan of the previous structure.

The church as it stands today, comprises of a nave of four bays of drop arches on octagonal piers with plain capitals, north and south aisles, chancel and tower.